Top 10 things to do in Marrakesh 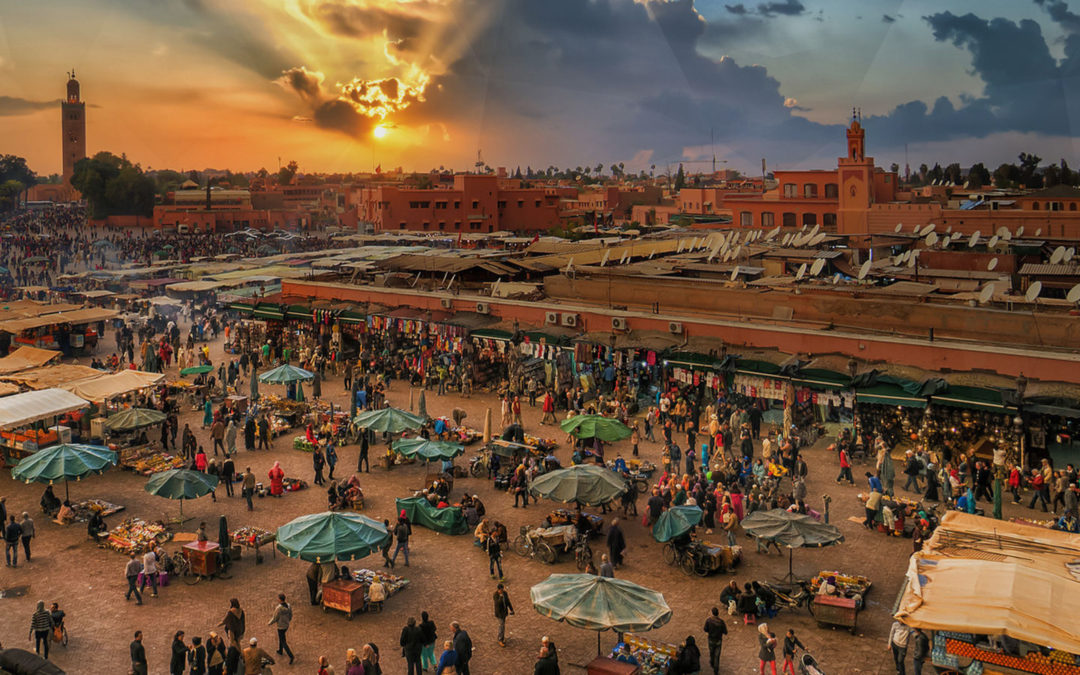 Marrakesh is a historical city, Marrakesh is one of the best travel destinations in the world, this formal imperial city, this beautiful city is come with Mosques, gardens, traditionally souks and delicious food.

Medina is the old part of Marrakesh and SOUK is a street market where you can buy food, spaces , herbals and rugs BUT pay attention because must spaces and rugs are not original for the spaces and for rugs are not hand made « must and not all » so be sure to ask your tour guide about the best place to get real handmade one.

This is a ruined palace which was commissioned by SULTAN AHMAD AL MANSUR sometime after his accession in 1578. It’s currently a popular tourist attraction.

Marrakech may be known as the garden city, with some of the leading attractions being the gardens scattered throughout the red city.

This Garden was created by the French Orientalist artist, Jacques Majorelle over almost forty years starting in 1923…

This garden is beautiful and large. Spread out and a lot of varieties. Huge display of cacti. Enjoy a leisurely stroll. On many tours agenda and popular with locals. May be quite crowded. The Yves St Laurent is adjacent. You may not want to buy tickets for this. Some interesting displays in there, but very small floor space. Very claustrophobic.

They opened the private garden for visitors now. It’s a very well maintained garden with lots of points to sit down and enjoy the view. There can be a queue for the entry. No need for a guide there are plenty of information signs. If you have kids, watch them as the water can be a danger for them.

The garden  is full of palms, cactuses, bougainvillea etc. all set against the very vibrant turquoise, royal blue and yellow art deco villa in the center.

The ticket lines can be very long. If you want to see the YSL museum 100 yards away, and it extremely well presented, go to the shortest museum line and buy the combined ticket. It includes the gardens, Berber, and YSL museums. You get to enter without wait after that, which can easily save you an hour.

The gardens are mostly olive trees and the pavilion faces a large reservoir. What makes this place interesting is that the water arrives at the gardens through a series of tunnel from the Atlas Mountains that date back to the 11th century and are the main source of water for the entire city of Marrakech.

But only visit it if you have spare time in the city.

A place in Medina with a traditional Islamic garden. Rebuilt in the mid-Nineteenth century at the behest of an influential kais of the Atlas Mountains, Le Jardin Secret has been the home of some of Morocco and Marrakech’s most important political figures.

A beautiful garden – a calm oasis amidst the noise and business  of the old city. Divided into two sections : The first is a modern garden planted with exotic plans, the second a traditional Islamic garden. A beautiful place to spend a few hours.  There is a Café inside it so you can bring a book a have a rest in the rooftop of the Café.

NB : There are many gardens in Marrakesh like: Anima Garden, Cactus Marrakech, Cyber Park, Jardins de l’Agdal and more.

It’s the largest mosque in Marrakech which located in Medina, it was build in 12th Century, it no possible to go inside it as it open just for Muslims, it located just near by Jemaa El Fna Square.

Located near to koutoubia mosque, you will find mixite of locals and tourists.

The setting makes you feel like on a film stage. There are plenty of restaurants, carriage rides, tours, snakes, monkeys and any other form of live entertainment. During the day the atmosphere is pretty easy going, but at night the square transforms itself into a buzzing business hub!

At night there are more food vendors and live music. It is quite safe and there was plenty of security to manage and keep things in order. Sometimes you get that one seller approaching to sell “chocolate”. Beware, it is NOT chocolate, but a polite way to say marijuana!

Bustling with locals, spice vendors as far as the eye can see and amazing smells throughout the market of all the food cooking.

The known and biggest one does exist in Fes but if you won’t visit Fes, this one is good as well BUT recommended to visit with tour guide because of much scames around this place.

The Bahai Palace was built to house the Grand Vizier and his family. It consists of a series of ornately decorated rooms connected by pleasant courtyards, a very deep representation of the culture, with floors, walls and ceilings full of this beautiful Berber colored style

Hidden for centuries behind the Kasbah Mosque, and now excavated, lies the impressive Saadian Toms, where over 60 members of the influential Saadi dynasty were buried.

This Jewish Cemetery in Marrakech was established in 1537. There was a big Jewish community with approximately 40 synagogues in Marrakech after they were exiled from Spain in 1492.

One of the 19 gates into the Marrakech Medina, this was the entrance into the Royal Kasbah neighborhood, and sits across from the Royal Residence. Constructed in the 12th century, it is said to be the finest of all of the gates accessing the Medina. The horseshoe-arched opening originally was on a larger scale, but was later reduced in size. It is located near the Koutoubia Mosque and Saadian Tombs. Translation of the name is said to be Berber for “deaf man/mute man »

Bab Agnaou is one of the last, spectacular gates of Marrakech Medina. It is a must to photograph, especially if the storks are around. It was used in the film ‘The Man That Knew Too much’ by Hitchcock.

There are many others places to explore in Marrakesh area such as Ourika Valley, Imlil Mountains, Ouzoud Waterfalls, Essaouira, Agafay rocky desert, Tinmel Mosque…ect

What Are You Looking For