Your professional driver  pick you up in an air-conditioned vehicle and take you to Meknes, Morocco’s first Islamic city and second imperial city.

Its medina is very old as was a capital of the Kingdom and had a Powerful leader.

Have a taste of the locals’ food to understand more about their way of life.

Back in the car, and your next stop is in Volubilis, the best preserved Roman ruins in the North Africa to Learn about the historical Roman city that was here once by looking at the ruins of the Arch of Caracalla, the Basilica and the Capitoline Temple.

Your last stop of the day after volibilies will be Moulay Idriss which was once a rival for the ruler of the Muslim Empire in the 8th century and fled to Morocco after being defeated,The Mausoleum of Moulay Idriss is not open to non Muslims, but it still gives you a great impression just by looking at this hallway! 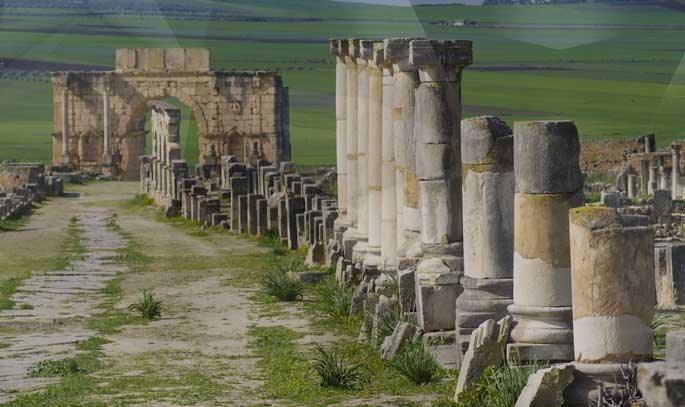 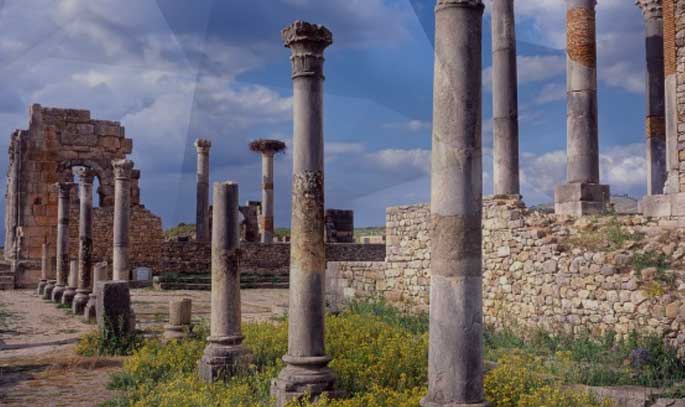 Enjoy a day away from the hustle and bustle of the city
Take a walk through the oldest medina Meknes
Visit the most important Monuments : Benefit of the historical view.
Entrance Fees to historical sites : To show you the cover.
A typical lunch at a very chic traditional restaurant : In the most oldest café there is a high service. 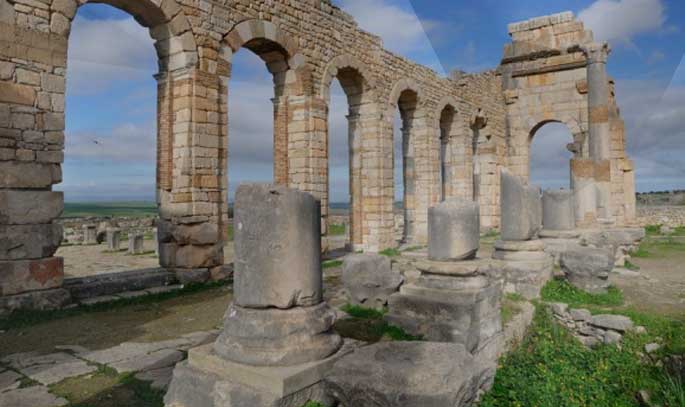 if you want to know about us more, to discover our unique way of thinking ! , don't hesitate to contact us anytime you want ..cause we have a very fast response team support Contact US Now!