The Tin Mel Mosque is a mosque located in the High Atlas mountains of North Africa. It was built in 1156 to commemorate the founder of the Almohad dynasty, Mohamed Ibn Tumart. It is one of the two mosques in Morocco open to non-Muslims, the other being the Hassan II Mosque in Casablanca. Hiting the R203 road which leads to Taroudant through the Asni and Ouirgane way, we arrive at Tinmel, home to the Almohade Dynasty where we can still see pieces of the Medieval fortress, the royal necropolis shelters, the remains of the founder Abdel Moumen and the spiritual master Ibn Toumert. . The mosque has been recently refurbished and it is a model of the Almohade art. On the way of return, we stop to Ouirgane, considered a gastronomic place where we have lunch. Afterwadrs, we continue our journey back to Marrakech. 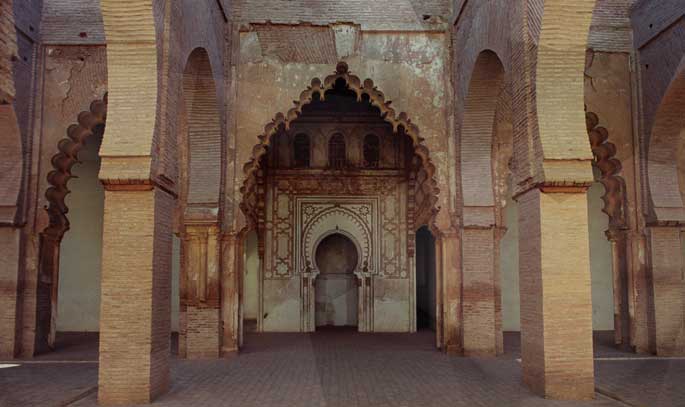 if you want to know about us more, to discover our unique way of thinking ! , don't hesitate to contact us anytime you want ..cause we have a very fast response team support Contact US Now!
Open chat